Not long until the children start discussing what costume they will dress up in for Halloween, and this year Merrie the Newfoundland will be with us, so we have been having a think about what she could dress up as, without costing a fortune and something that can be made at home, by myself or one of the children

Her love of all things food would make this Cupcake Dog Costume – Lovely Indeed a great choice.

Or maybe we could try the DIY Smores Dog Costume – Studio DIY but I think she may chew through that one too easily, perfect for a smaller dog!

The Wonder Woman No-Sew Dog Costume – Niqqi would definitely be Neva’s choice for Merrie, in fact they could be twins!

The Poncho and Hat Dog Costume – DIY Inspired is so easy to make, but it looks adorable.

The Ewok No-Sew Dog Costume – Tikkido would probably be the choice of Lochlan, as he is a huge Star wars Fan, although Merrie is probably bigger than an Ewok!

Or maybe a DIY Flower Basket Dog Costume – DIY Candy however this would probably work better on a small dog that you could carry, as Merrie would be an extremely big and heavy flower basket!!

The Ty Beanie Baby Tag Costume – Dream a Little Bigger is extremely clever and So easy to make, Merrie would be THE cutest Ty Beanie baby EVER!

Merrie spends half her life digging things up in my garden so this would be perfect! DIY Garden Gnome Dog Costume – The Crafting Chicks

After she missed out on a trip to Roarr! Maybe she could have a DIY Dinosaur Dog Hoodie – Crafty Carmen

If you are feeling a little hungry this Halloween, maybe a Taco Dog Costume – Brit.co

Or if you are feeling a little chilly and need a warm drink, a Pumpkin Spice Latte Dog Costume – So Easy Being Green

Let me know if you decide to dress up your pooch in any of these, or if you have a different suggestion, why not link below. 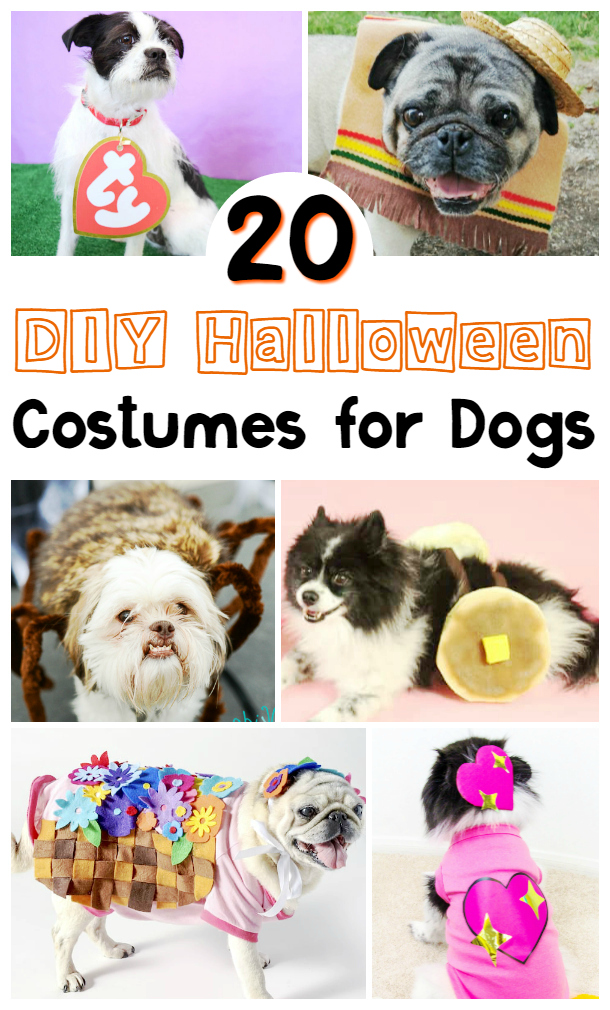