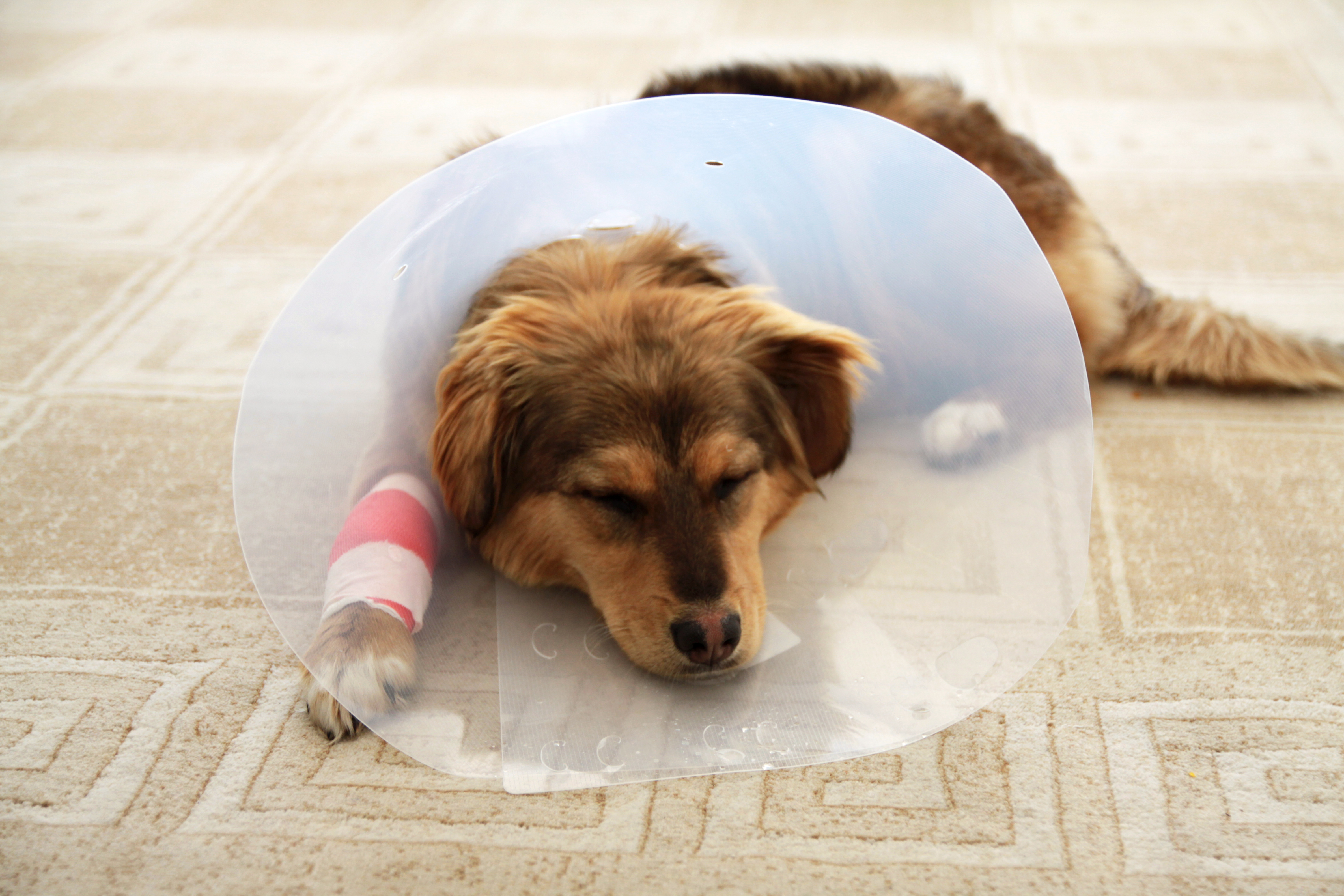 Caring for a dog after surgery or following an injury can be nerve-wracking for the concerned pet owner, and many dog owners get concerned if a dog starts licking or chewing at an incision or wound site.

Why is My Dog Licking the Wound/Incision?

Dogs are naturally inclined to lick their wounds; wound licking is rooted in instinct.

Laboratory testing performed by numerous scientists has uncovered evidence to suggest that components of dog saliva possess some mild antiseptic abilities. The act of licking the wounds on a more occasional basis can remove dead skin cells, thereby promoting healing. Based on these findings, it’s likely that wild dogs evolved an instinctual drive for wound licking; a drive that still exists in domestic dogs.

In addition to biting a wound, a dog may also chew at a wound. During the healing process, the dog’s skin may become itchy around the wound site. In response, the dog may chew or bite at the wound to relieve the itching. This can delay healing of the dog’s wound or incision.

In fact, some dogs have been known to actually remove the stitches from a surgical incision or injury site as a result of licking or biting at the incision/wound during the healing process. 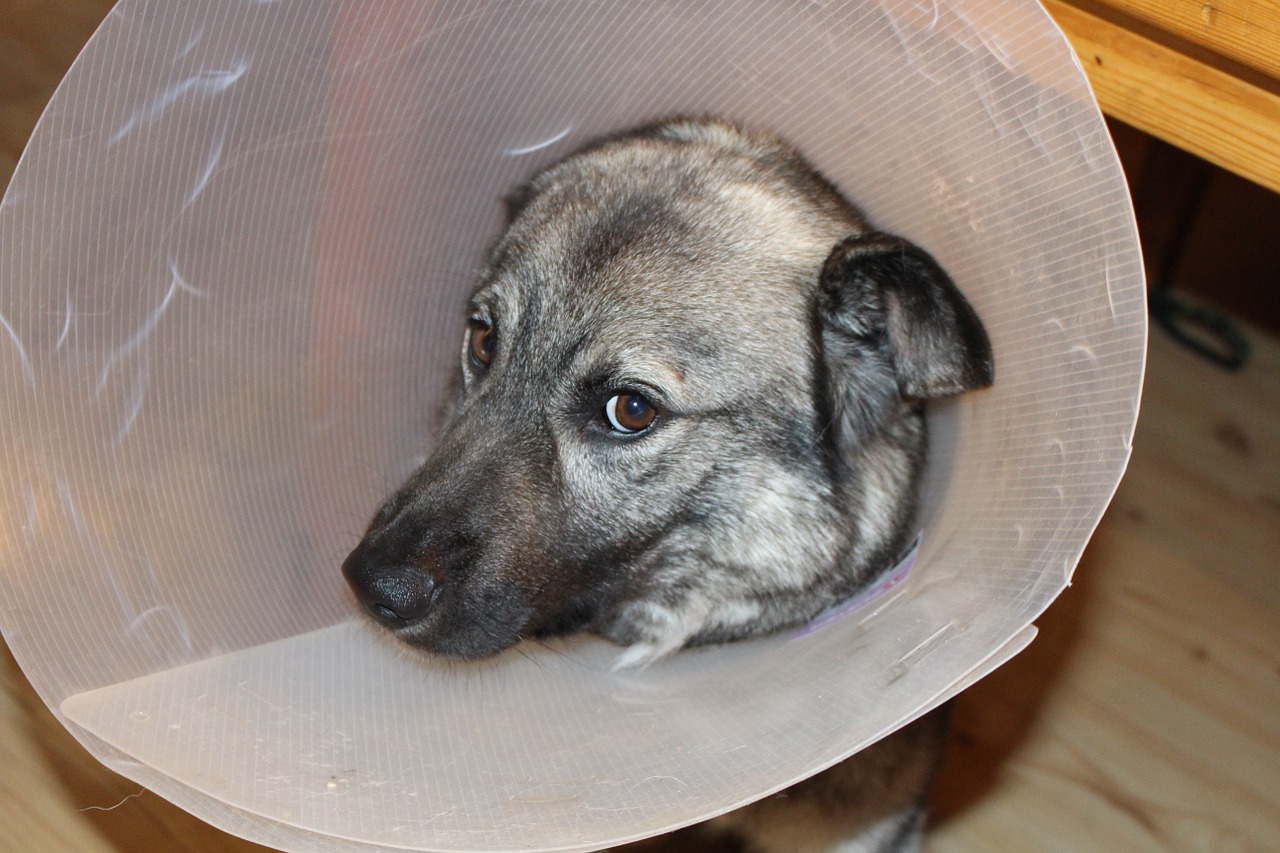 Is It Bad for a Dog to Lick an Incision or Wound?

Overall, licking a wound has the potential to do more harm than good for a domestic dog. A domestic dog’s immune system will not be as robust as a wild dog’s since antibiotics and modern veterinary care make the dog’s body less able to naturally fight off infection.

Licking a wound or incision increases the chance of promoting infection for several reasons:

* Licking can introduce bacteria to the wound, leading to infection.
* Saliva creates a warm, moist environment around the wound – perfect conditions to promote infection.
* The act of licking an incision or wound disrupts the tissue from healing. In fact, licking the wound repeatedly can damage the skin, leading to the formation of sores.

How Do I Stop My Dog From Licking and Biting at a Wound or Incision?

An Elizabethan collar, also known as an “e-collar,” “lampshade” or “cone” is an inexpensive, easy and safe way to prevent dogs from licking a wound or surgical incision site, you can also get an inflatable collar

E-collars are available from the veterinarian’s office or they can be purchased at most larger pet supply stores like Viovet and Doggie Solutions.

The e-collar can be affixed to the dog’s collar for a secure fit. In fact, this is the safest way for a dog to wear a “cone.” If the dog undergoes a surgical procedure or treatment for wounds, the veterinarian’s office will usually send the dog home with an e-collar.

Sometimes, the veterinarian’s staff will use a strip of gauze to secure the “lampshade” around the dog’s neck. The gauze should always be removed as it can strangle the dog if it catches on an object. The dog’s collar should instead be threaded through the loops at the base of an e-collar.

It’s recommended that all pet owners keep a spare e-collar in the home for use if the dog suffers a wound or sore that needs to heal.

It’s important to note that a dog who’s wearing an e-collar may have a difficult time eating or drinking out of a bowl on the floor. The “lampshade” collar may prevent the dog from accessing the food or water bowl if it hits the floor, thereby holding the dog’s head away from the bowl. This is usually a problem in dogs with a shorter snout. 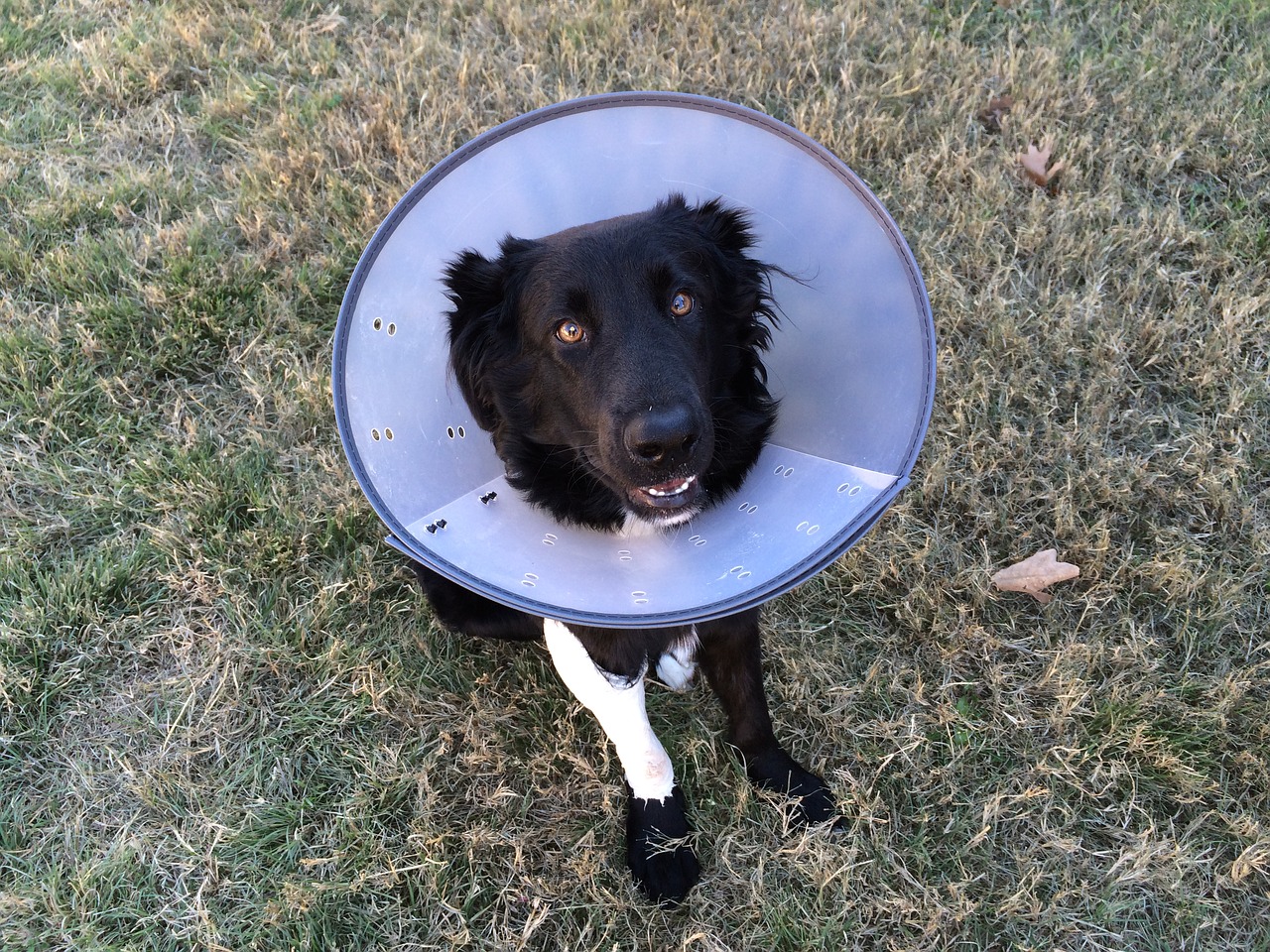